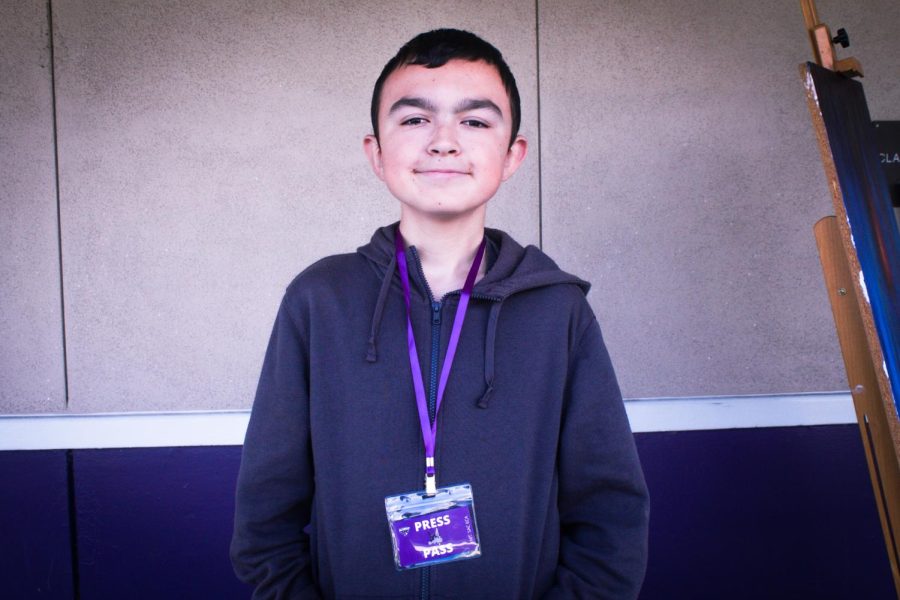 Jared Jimenez who enjoys video games, drawing, and comics is also in Journalism and Yearbook.

Mt. SAC Early College Academy freshman, Jared Jimenez is the only freshman to be a part of both the Yearbook and Journalism team. Both are electives that students can choose from when signing up for classes to take during the school year at MECA, but typically, students only choose to do one due to the workload that comes with taking the class.
“I liked Yearbook, and I was sad that it was only fifty minutes so I decided to join Journalism to have the same experience twice” Jared tells me.
Each class has their similarities and differences with each other. For instance, both classes are run by Courtney Bell, who is also MECA’s English 1 teacher. They also both have to deal with writing, photography, and interviewing. However, Yearbook deals with designing and creating the yearbook, The Howler. Meanwhile, Journalism creates their articles, podcasts, and broadcasts to be posted to The Academy Chronicle, the school newspaper, and TimberTV.
“I pretty much just take pictures and put my pictures into spreads and edit pictures sometimes and that’s about it” Jared describes about Yearbook. He also adds “It’s kind of like Journalism only you have to put like your articles and pictures and stuff into a book for the school year… and there is also deadlines to design the pages.”
Jared describes Journalism as “Pretty much the same thing, take photos, write articles, and do podcasts [and broadcasts] too.”
Outside of school, Jared also enjoys various other things, such as drawing, playing Mario, theme parks, animation, and comics. He is also on the MECA Esports team and in the Comic and Illustrations club. Luckily for him, the work he does for both classes do not interfere with the things that he enjoys.
“I mostly just do my work when I’m in that class… Only on occasions I might continue doing it just out of boredom” Jared says.
Although Jared does enjoy both classes, he says next year he will just stick to one.