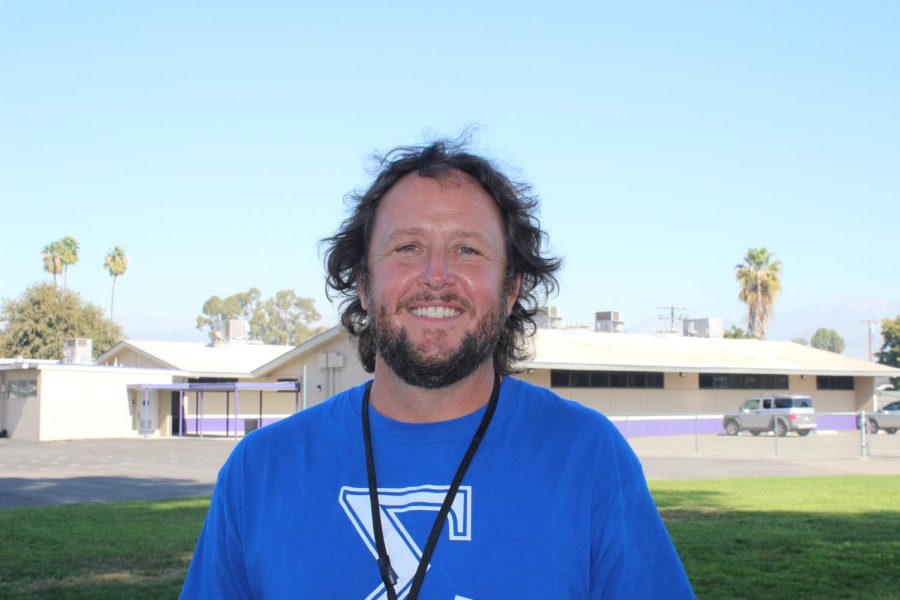 Mr. Nichols is a teacher at Mt. SAC ECA who teaches College and Career Readiness for freshmen, World History for sophomores, and Government and Economics for seniors. He has always had an interest in history and the passion for teaching came from his experience of being taught marine history while he was in boot camp, which gave him a new perspective on war history.

Before he was a teacher, Mr. Nichols decided to join the United States Marine Corps for the GI Bill and the college benefits. He went to boot-camp during the summer for 13 weeks and completed it.

He then joined the United States Marine Corps Reserves. He was deployed to Iraq during the 2nd Iraq War and worked as an armorer in the barracks as the rest of his squad was deployed into combat.

“When we went to the 2nd Iraq War, I was activated and I served 6 months. I just lived on the base, in the barracks, ate in the chow halls, and went to work dressed in camis,” explained Mr. Nichols.

His work was rather simple, he monitored the cleaning of company-issued firearms. This included calibrating the firearms and cleaning their barrels so they could work properly. After the firearms were cleaned and checked thoroughly, they were distributed out.

After his service in the military, he worked as a waiter at restaurants such as Red Robin, Olive Garden, and Chili’s. Once he decided that he was going to become a teacher, he decided to work as a substitute grounds-men while still going to college until he got permanently hired as an actual teacher.

His experience in the United States Marine Corps Reserves and the training he underwent formed him into the Mr. Nichols we know today.