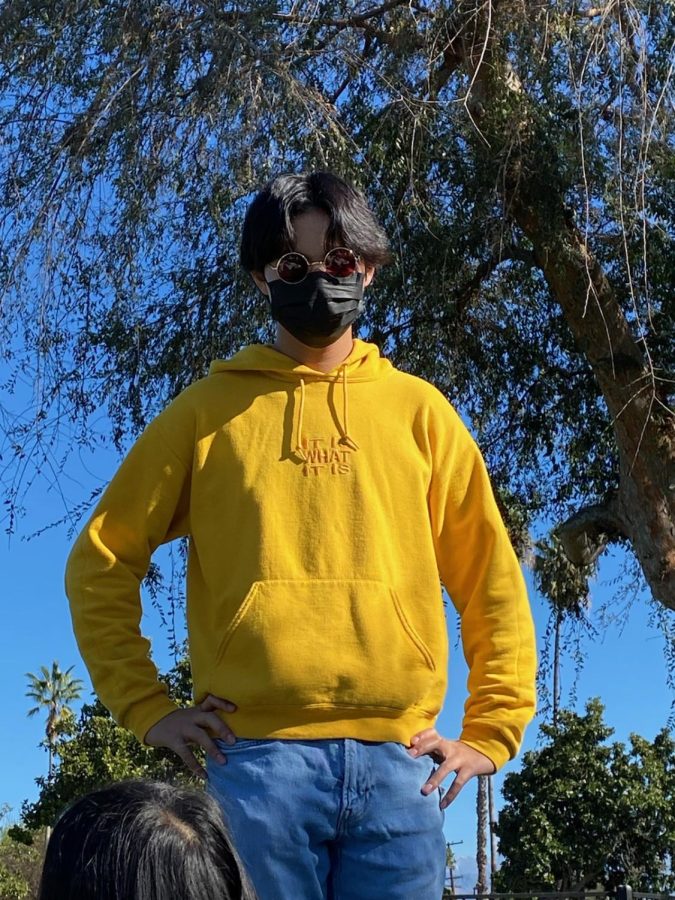 Christopher Tam is someone who seems like a typical student here at Mt. SAC ECA, but if there was a way to intertwine into his life, the word typical would most certainly not be the first thought to come to mind.

“SNAILS.” This definitely isn’t the first thought to come to mind either, or second, or third, most likely this word isn’t even in the ballpark of thoughts yet somehow when learning about Christopher, this word came up quite often. Probably because he absolutely despises snails, or a least that’s what was gathered since he would say that they’re. “Absolutely atrocious” and “so slimy and icky and yuck.”

The notion of snails being gross is debatable but Chris’s opinion on them won’t budge. “I HATE SNAILS,” he would say, “They’re so scary looking”. His friends agreed on this with him, but only after hearing his supposed tragic story of his encounter with a snail. “I was just standing in line at school and there was a snail behind me on the wall and somehow it TOUCHED ME and it was so DISGUSTING!”

“Snails do be looking ugly,” agrees Giselle Martinez, a freshman friend of Chris’s.

Chris and Giselle share the same opinion about snails but it’s not the only thing they share; their insinuated dislike of each other is another thing. Giselle said one of her favorite things to do with Chris is to, “Criticize him of [sic] his mistakes” mostly because he’s “too tall” and he’s obsessed with “being annoying.”

Even though that sounds kind of harsh, Giselle said, “I only say something [mean] when he says something [mean]” but according to Chris, he’s only “mean [to Giselle] when Giselle’s being mean to me.”

There’s no denying that there’s some kind of friendly quarrel between the two but it’s not all fighting. When Chris thought about what his friends would say if they were asked how they thought about him, he was still joking when he said, “I think they think I’m stupid.” But Giselle had something more positive to say. “He’s very smart when he wants to be. I like how he’s unapologetic for what he says and thinks”

Giselle is not the only one with kind words for Chris. Freshman Sophia Limon said she met him during her fourth period and became great friends with him since. “We always chat during art class and he plays a bunch of music for us, it’s great, he’s really influenced my taste in music cause I don’t listen to as much taylor swift as he does but now i’m starting to.” For those who don’t know Christopher personally he would like to say, “I’m a Swift-y, everyone knows…My favorite album would be lover and my favorite song would be afterglow, on lover.” Definitely check it out.

Sophia seemed to feel very inspired by Christopher and the way he carries himself saying, “I LOVE his fashion.” She added, “ Like how he dresses up, I love the pastel colors, I myself am a fan of pastel  colors and I kind of just took that as inspiration”

She told a story of when he came to school with some jewelry she thought was cute and of how he gave her the ones she liked. “It was kind of recent but so very special to me.”

“Chris is a great person, you should get to know him if you haven’t already, he’s a great friend of mine. He’ll be there for you, he’s there for me, he’ll be there for you,” said Sophia. It seems freshman Kristabella Rodriguez agrees with her, “I don’t know what i’d do without him as one of my best friends.”