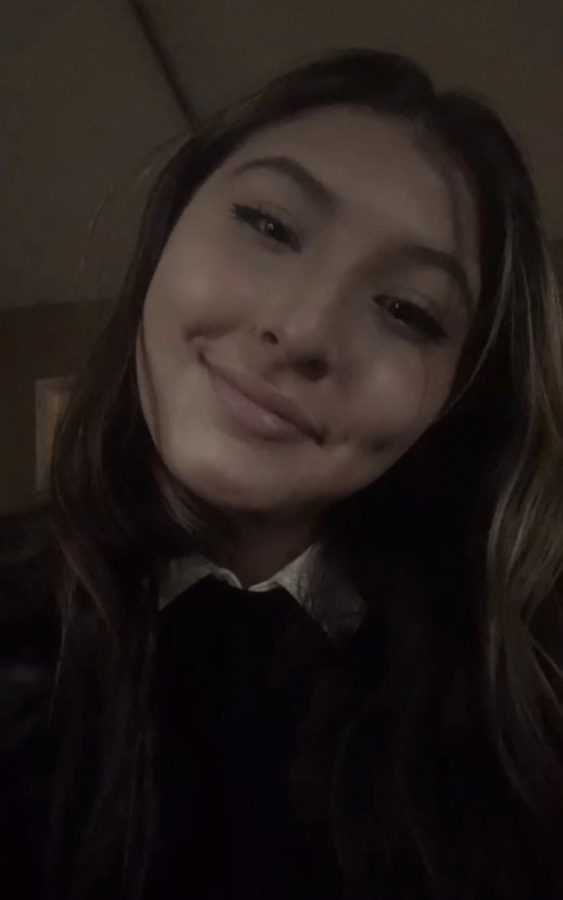 Yara and her family moved to Saudi Arabia because her mom wanted to teach abroad.

Yara Elsayed is a kind, funny and smart freshman here at MECA. She enjoys talking with friends after classes, and playing games. But something people may not know about her is that before she came to live here in California, she lived in Saudi Arabia for a large portion of her life.

Yara’s experience there was quite enlightening for her. ”It was an eye opener for me,” she explained when asked about her time living abroad.

Saudi Arabia is a country located in the middle east. It is the largest country in the Arabian Peninsula.

Yara and her family moved to Saudi Arabia because her mom wanted to teach abroad.  Her mom taught English and History for grades 6-8.

Because of this, they didn’t only travel just to Saudi Arabia. They also went to Rome, Sevilla, Athens, Barcelona, Florence, London, Cairo, Paris, and Istanbul.

When asked about her favorite place, Yara responded with London. “I saw a Lion King play that I enjoyed a lot,” she stated.

Yara said that her least favorite place was Rome because her mom’s wallet unfortunately got stolen on a Subway.

But life abroad had to come to an end; She came back to California because her mom got accepted into USC to get her doctorate.

Before moving out of the country, the last time Yara was in California was when she was a toddler. She says that it’s nice to be here because of the family she had that was originally from here too.

“I barely remembered most of my family since I left to Saudi from California when I was a toddler,” she stated, explaining that she has now lived in California for 6 years since living in Saudi Arabia.

While living in Saudi Arabia, Yara lived in a town called Thuwal. Her house was a block away from the Red Sea, and it was extremely hot in the summers where it was 130 degrees. Yara said, “The rest of the seasons were beautiful despite the humid air.” where she added it only rained once a year.

Her favorite season there was fall because of the holiday Halloween. She also loves the fall season because she stated, “my birthday is in november and temperatures are perfect in fall.”

Yara explained that there were many things different from Saudi Arabia and the United States that she’s experienced. For example, she said that women were legally not allowed to drive in Saudi Arabia so her mom took her to school in a rented dune buggy.

She also explained that the weekdays are ordered Saturday, Sunday, Monday, Tuesday, and Wednesday. The weekends are Thursday and Friday and they mark the end of the week.

Yara also explained coffee shops/fast food places were divided amongst women/families and men. There was one place for each group.

Despite the rules and seperation of groups there, Yara managed to make the best of it and have fun with the activities she could do.

Her favorite thing to do while living there was swimming. She claims, “There were pools and ice cream shops EVERYWHERE in my town. I took advantage of this and always swam with friends from school.”

Yara said that when she was young she almost drowned in a neighborhood pool because she wouldn’t let go of her pool toys weighing her down. She said, “My stubbornness at the time is something I laugh at now.” She really really enjoyed the pool.

Her friends that she swam with were Chelsea, Joanne, Yara (she had the same name as her), Jenna, Zeena, Dylan, and Yousef.

Chelsea and Joanne lived near her house and so she visited them often. Yara said, “They came to California almost two years ago and I went to Universal Studios with them.” They went to the theme park in California, and she thinks of it as a fond memory.

Jenna and Yosef were two siblings that lived close by. They would go to Baskin-Robbins all the time.

Zeena was a close school friend who she claims influenced her humor.

When asked about her fond memories she had quite a few to bring up. When she first learned to swim there she was so proud of herself. She brought up that, “the feeling of accomplishment was something that couldn’t be topped.”

She enjoyed traveling and seeing the Mona Lisa as well. Another thing she loved doing was meeting new people at her old IB school. She claims it was interesting to see their different backgrounds and cultures.

An IB school stands for International Baccalaureate. It focuses on integrated classes.

For someone who has lived in Saudi Arabia for six years, she said that she does not miss it much. She explained, “Living there provided me with exposure that I am very fortunate to have. However, that doesn’t mean living there was all sunshine and rainbows.”

She went on to state sex and gender were really oppressed. But in that country, it was just the normal way of things.

A reason she likes it here more is that her family is here. She does not plan to go back to Thuwal anytime soon.

Now that she is here to stay in California, she has made quite many new friends.

Damian who is also a freshman here at MECA is really good friends with Yara and describes her as, “Smart, Confident, and Firm/independent”.

One of his favorite memories with Yara is when they are debating in Among us which he explains all a lot of her confidence is exposed. “She is really good at fighting about what she believes in,” he explained.

In conclusion, Yara is a lovely person who has had many interesting life traveling experiences. If you would like to be friends with her you can reach out to her on Discord!

Discord is a community where you can talk to friends through text or call. Her username is, “yara#8373” and make sure to send the friend request. She will be very happy to talk to you.