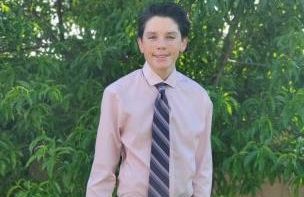 Matthew Diaz is a freshman at MECA and the co-creator of the Dungeons and Dragons Club.

Matthew Diaz can always light up the room even when he’s not in the same room as you; his energy and passion make the Dungeons and Dragons campaigns of MECA students the funnest (and funniest) around.

As a freshman at MECA, Matthew is known as one of the only talkative students who is not afraid to speak what’s on his mind and tell jokes. He is also a triplet, the only boy with two other girls; his sister’s names are Mackenzie and Madison, both of whom also attend MECA.

Matthew, along with Mackenzie,  created the Dungeons and Dragons Club. They are both Dungeon Masters or DMs which means they are the leaders of their own group who make up the story for the other players.

Dungeon and Dragons is one of his favorite hobbies. He states that “It’s a fun game to play with friends and it’s interactive and it’s customizable.” Matthew likes to include gods in his storylines because he thinks they  make the characters’ arcs more detailed and engaging.

Matthew claims that his favorite part about his club is his group. “I like my group because it’s very fun… [and] everyone has great characters and moves the story along very well.” He really loves playing with his friends because that’s what makes the game fun.

Matthew is currently hosting his own group with his own story line. He has not used a pre-prepared one which is usually what Dungeon Masters do. 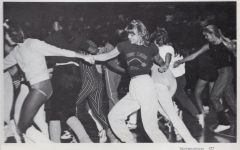 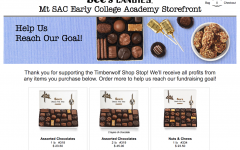 All You Need is Chocolate: Yum-Raising Fundraiser 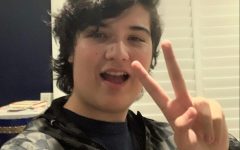 Before school even began, , Matthew and his sister Mackenzie started their own group of D&D to play with friends. Mackenzie recalls that, “we ended up kicking him out because he was so annoying but like he did bring a lot of liveliness to the campaign and he in a good way drove the story off the rails and got the group arrested which doesn’t happen everyday.” She explained that the reason the group got arrested was because instead of rolling the dice to beat the villain, Matthew went ahead and immediately tried to fight him off. The law officials showed up and they ended up arresting him and he ended up having to pay a lot of money to get out of jail.

Mackenzie was struggling to get the story to work out with Matthew, but she stated that, “As a DM, you have to be ready for the people to not go the way for the story not to go the way you wanted because they cannot read your mind.” She is aware the story may drift from her view but she is prepared to take it on and go with the remainder of what the group leaves her with.

This impulsiveness of Matthew’s is something that Mackenzie thinks can sum up a large part of her brother.She also added, “He doesn’t think when he talks so he says the strangest of things. It is him often trying to make a joke, whether it is genuinely funny or not.”

Mackenzie’s favorite memories with him are binge watching T.V shows or just being around him when they get along. “When you get him excited, you can have really great moments with him whether it is binging a show, playing wii games, or Dungeon and Dragons.”

Other hobbies Matthew likes includes bike riding, listening to musicals, playing Minecraft, playing Among Us and singing. He only likes mainstream musicals, and doesn’t care much for the old ones. Dear Evan Hansen is his favorite musical and he went to go see it live on stage at the Pantages Theater with his sisters. His favorite musical song is “For Forever” from Dear Evan Hansen. He is very passionate about taking care of his pets, and caring for others. He has one cat named Fluffy, and one dog named Lacy. He wants to be a veterinarian when he grows up at Davis or Cal Poly college.

If you would like to talk to Matthew and get to know him more, you can reach him at “Matt22960#5883” on Discord by sending a friend request! Discord is also the place where the DandD meetings take place! Come and join in the fun!