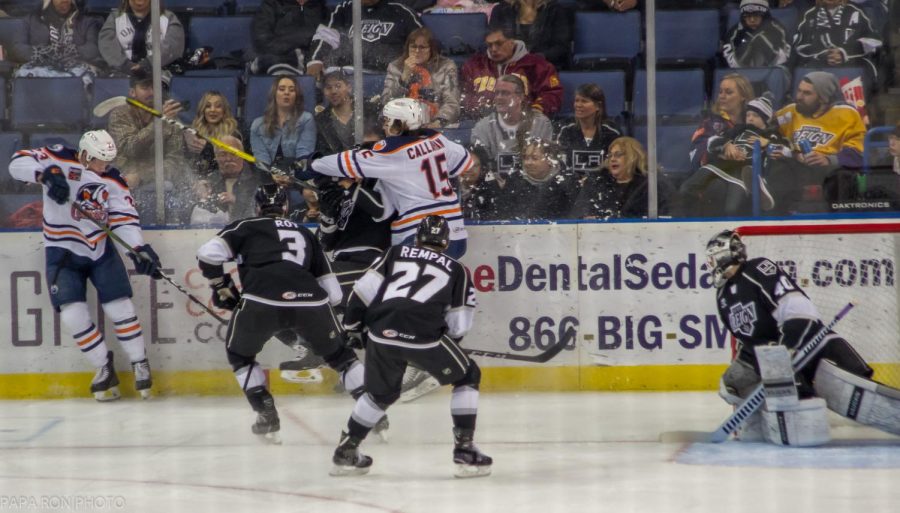 Hockey player Krystof Hrabik of the San Jose Barracuda’s has been issued a 30-game suspension, one of the longest in American Hockey League (AHL) history. He was issued this suspension because he made an ape-like gesture towards Bokondji Imama, a Black player, during their game in San Jose, California.

The game was broadcasted on AHLtv. While the gesture was not clear to the public, the San Jose Mercury News confirmed Hrabik to be making the gesture.

“People should know that I had absolutely no inappropriate intent,” said Hrabik on Twitter, “The gesture was made in the heat of battle and while I didn’t mean anything racist by what I did, I realize now through my own ignorance how my gesture could be interpreted. I alone am responsible for that, it was terrible, and I make no excuses.”

This is not the first time that Imama has become the victim of racial discrimination during a game. In another instance, while playing with the Ontario Reign in 2020, Bakersfield Condors defenseman Brandon Manning faced a 5 game suspension for using racial slurs against Imama.

“The AHL stands with Boko Imama,” said in an official statement by AHL president and CEO Scott Howson, “It is unfair that any player should be subjected to comments or gestures based on their race; they should be judged only on their ability to perform as a player on the ice, as a teammate in the locker room and as a member of their community.”

There are many cases of discrimination and cultural appropriation against Black people, though the athletic industry is not the only contributor. Black leaders are standing up to this racism through organizations, speeches, charities and other ways that will connect with the public.

Civil rights leader Myrlie Evers-Williams has been in the fight against racism since 1963, when her husband, Medgar Evers, was targeted and killed by the Ku Klux Klan.

Evers-Williams graduated from Pomona College with a Bachelor of Arts in Sociology. She published her co-written book For us: The Living in 1940, and Watch Me Fly: What I Learned on the Way to Becoming the Woman I Was Meant to Be in 1999. Both books tell the story of Evers-Williams life before and after Medgar Evers’ death and her experience as a Black woman fighting for social justice.

She won a position on the board of the NAACP in 1995 and saved the organization from bankruptcy through her leadership.

After stepping down in 1998, she was awarded the Spingarn Medal for her achievements and won Woman of the Year by Ms. Magazine. In 2009, she received the National Freedom Award from the National Civil Rights Museum in Memphis, Tennessee.

Evers-Williams has been a major key factor in the social justice movement for the past six decades. After her retirement in 2018, she reminds the public that retirement is not synonymous with disappearance. Myrlie Evers-Williams continues to be a symbol of racial justice and a powerful Black leader for many, along with other figures of her generation.

This Black History Month, remember to celebrate black history, heritage, and leaders of the community.