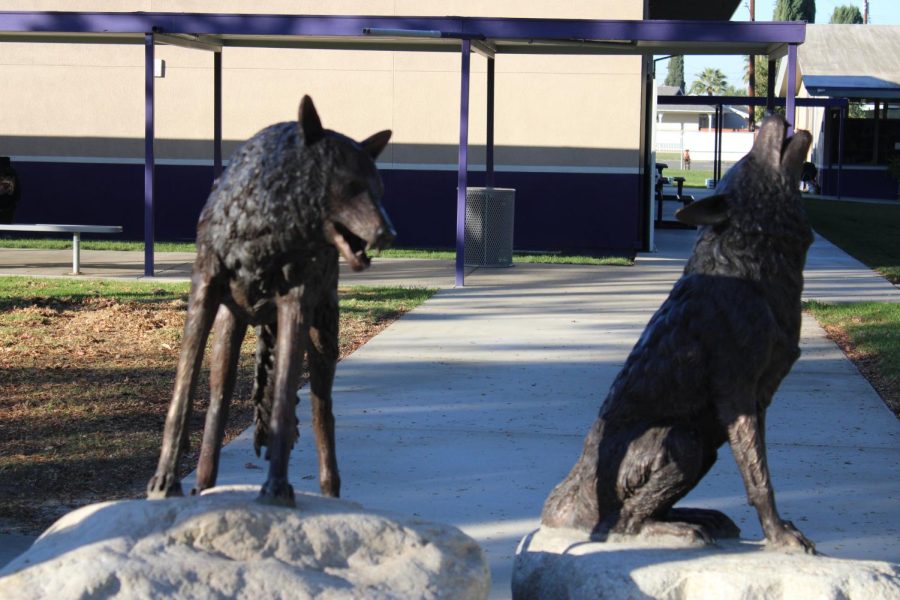 The new wolf statues recently built at the MECA campus have ignited a variety of reactions from students. As soon as the statues were built and completed, the structures garnered a lot of attention from fellow MECA students, and a lot of questions as well.

“We had been thinking for a while about having our mascot on campus,” assistant principal Ms. Maggiore said. “We thought about the mascots at some of the neighboring high schools and settled on the bronze wolves.”

Ms. Maggiore explained how discussion for the placement of the wolf statues commenced between them and the facilities department. Eventually, staff had decided the statues to be placed in the walkway near the quad area.

“Once that was decided it was just a matter of ordering the wolves and getting them installed.” she explained.

One topic many students pondered was the costs and expenses of the structures. Ms. Maggiore stated she was unaware of the prices, however highlighted that they were a lot less expensive than if they were to purchase cement statues instead.

“Ms. Leuthold worked with Mr. Trovatore and Mr. Gomez from the district office to get the wolves,” Maggiore explained when asked about whose original idea it was to even build the statues.

“Mr. Trovatore had been the first principal at Edgewood High School when it opened, so he had experience with a “new” mascot.”

When questioned about the location of the statues, Ms. Maggiore explained how the staff wanted it to be in the middle of a place where it could easily be spotted when driving down Rio Verde.

Additionally, she explained how they were planning on moving the banner that is placed on the fence, for the result of a clearer view of the structures.

The statues were completed in mid-December.

As mentioned, with these new structures comes different reactions from students.

“Personally I feel like those statues could have waited,” junior Marcus Minor said.

Some students, on the other hand, eventually changed their mind about the wolves.

“So at first I was iffy about them because I thought ‘Why would they spend money on a statue?’ because it’s probably really expensive,” junior Brittany Ruvalcaba voiced. “But now that I think about it, it added some spice to the school.”

These new statues are now considered the mascots for MECA.