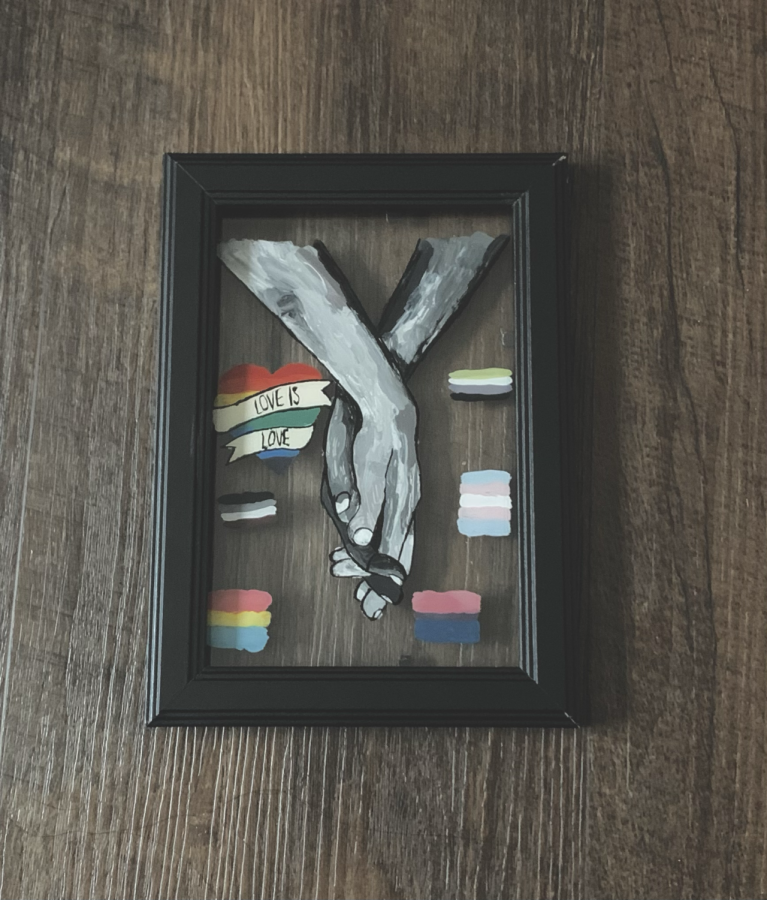 The GSA Club, which stands for Gay Straight Allience, is a group that fights to educate people on the issues that involve the LGBTQ+ community as well as other general information about the community.

The GSA has been a club since the fall of this school year and currently has 26 members. The people in the club are very passionate about learning new things that contribute to being a good LGBTQ+ ally.

“The GSA has had a significant impact even though it is just starting out,” says Ms. Maggiore, the teacher supervisor for the club. “The club leadership and members are creating an important organization that will serve to support all students at Mt. SAC ECA and provide a safe and welcoming space for all members of the school community.” She goes on to say how proud she is of the club for reaching out to others by educating them on such topics.

The GSA’s board members are also proud of what they have contributed.

“I’ve met a lot of people with similar ideals and they’re all really accepting,” says Vivianne Alquicira, freshman at MECA and secretary of MECA’s GSA Club. “Going to this school opened my eyes to how much support is out there, and I’ve learned a lot about myself and others from a variety of people!”

The community is indeed very accepting at this school. The club does a good job showing how welcoming and passionate they are.
Jasmine, the freshman GSA club leader at MECA, was reached out to as well. It is safe to say that she has a lot of passion for what she does. “Running GSA has been really amazing to do. I’ve learned so many new things from everyone at the club. I’m really glad that this school is so accepting and kind.”

“Since I’m part of the club board, it has been a good way to teach others and even learn about different topics regarding the LGBTQ+ community. It’s a bit hard to keep up with deadlines, but it’s always worth it in the end to see people’s reactions and comments.” says Mackenzie Diaz, a Freshman who is also GSA Treasurer, “I don’t have a lot of friends, but with those I’m close to I feel included. As for being included sexuality-wise, it’s a lot harder since being aromantic doesn’t come off much in conversation, and it’s often hard to explain. But I’ve definitely felt more included than at the start of the year.”

“It has definitely introduced me and taught me a little bit about topics I didn’t really know a lot about in the LGBTQ+ community. Yes, people are very accepting at this school and are very inclusive,” said Nathan Alquicira, a freshman at the school. “There have been one or two instances with a few people where I have felt alienated, but for the most part I feel very included at this school”

“The GSA has impacted the school in a variety of ways. Although the club is not well known those who have found it have been able to learn the different parts of LGBTQ,” says freshman Liana Mayo. “Others were able to find a safe space with like minded people. I do feel included. It is such a comforting and understanding place.”

They had also written words of encouragement for anyone out there who feels like they can’t be as open as they want to about their own sexuality or identity.

“Everyone has a unique journey to finding themselves. This journey is lifelong and takes many turns. My encouragement would be that there are folks out the

re like those in GSA who do not judge and welcome everyone with an open mind and heart. Find those people and you will never be alone on your journey.” – Ms. Maggiore

“It’s going to be hard at first, especially if you’re not sure what you’re feeling, but take some time to do some deep reflection. It’s better to take your time to think about what you want than to rush into a big decision. Surround yourself with a support group you can bounce back to when you struggle, and know that eventually it will get easier!” – Viv Alquicira

“Something I would say to people who aren’t as open is that you don’t have to worry about labels or about other people’s opinions because ultimately you are who you are and that is never going to change. There will always be people who try to use their words to hurt you but there are also a lot of people that care about you and will stand up for you.” -Jasmine Sampat

“For people who are struggling with their identity, just know that you don’t have to figure it out immediately, and when you do, you’ll have people who’ll support you” -Mackenzie Diaz

“You can take as much time as you need, don’t rush yourself to come out to anyone. It might seem bad right now and kind of hopeless, but it will get better eventually.”- Nathan Alquicira

“For those who have not yet opened up don’t be scared or worried. There are people out there, although you may not find them at first there are people there that understand you and care for you, for who you are.” – Liana Mayo