Among Us: All You Need to Know About the Murder Mystery Craze 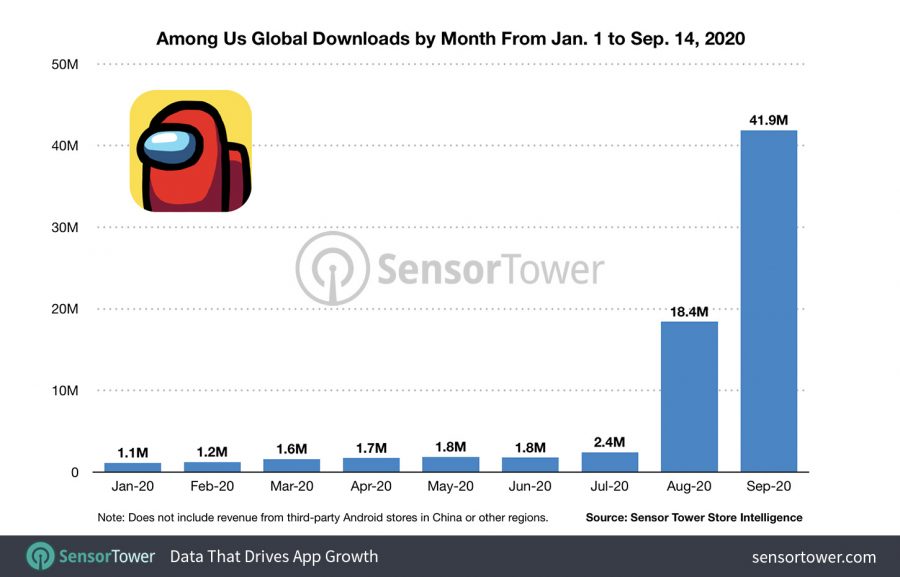 If you have any social media presence, chances are you’ve heard of Among Us. The game has seen a massive popularity surge during the summer of quarantine despite having been released two years ago. You’re probably wondering: how did this game get so widely known in the span of two months? The answer isn’t shocking: Twitch streamers.

WHAT CAUSED THE ASTRONOMICAL SPIKE IN PLAYERS?

We can attribute the start of the massive trend to streamer Sodapoppin- real name Chance Morris- who has an audience of 2.8 million. He began streaming Among Us in July to his followers. Other streamers took notice of the game and also began streaming it, most notably a creator nicknamed DisguisedToast, who is known for his “genius” plays- another term for strategies.

Unfortunately, the rise in popularity has had its downsides. Server and matchmaking problems aren’t a rare occurrence due to servers overflowing with players. Recently, there has also been a mass hacking attack on North American servers by user Eris Loris. Players were advised to use different servers to prevent device infiltration.

Some players can look past these drawbacks. Freshman student Matthew Korey De Leon Rivera plays Among Us with his friends and family, “I don’t really join public games often, so I don’t run into many hackers. As for the glitches, I personally haven’t run into much [sic] glitches either, so it is not a dealbreaker for me.” He heard about the game from his friend Joshua, he notes. Matthew overall considers Among Us a good game. He most enjoys the “aspect of getting together a large amount of friends/people, and getting to have an interaction where everybody is focused on one particular goal”.

However, others find these downsides too common to ignore. Student Damian Cevallos heard of Among Us from his close friend. “My favorite part is being the Imposter. Although I’m a bad liar, it’s fun to at least try and win,” he continues, “My least favorite part is the fact people are turning Among Us into an E-Sport. Not only are there way too many liabilities with glitches, but the game should just stay casual or else it’ll get milked dry.” He proceeds to say how the game was unplayable for days due to hacking at one point.

HOW DO YOU PLAY?

One lobby can hold from 6-10 players. Almost all will be crewmates. The crewmates job is simple: complete your tasks and figure out the imposter(s). The amount of imposters you have in your game is decided by the host. Do you want a solitary imposter? A dynamic duo? Or maybe a team of three? Regardless, they all have the same job: kill and deceive.

Once someone finds a dead crewmate, voting ensues. Crewmates have to figure out who the killer was and vote them out. Once all imposters are voted or all tasks are completed, the crewmates claim a victory. However if the crewmates fall short and the imposters kill almost everyone, they take a loss.

HOW CAN YOU WIN?

As a crewmate, figuring out the imposter can be easy if you follow certain tips.

Utilize features on the map that are meant to help you! Examples are: admin table in all maps, vitals on Polus, sensor logs on Mira HQ, and security cameras on Polus and Skeld. Admin can tell you locations of players, Vitals shows the status of all players and whether they are still alive or not. Security cameras are self explanatory, but only show hallways and certain rooms.  All these features can be very useful to catch a killer!

Imposter can be a little more difficult, but it’s just as fun.

Deceiving friends in Among Us just calls for a few simple tactics. First, get your alibi straight as soon as possible. Try to communicate your location first if you can (try to name a part of the map that is away from the body). Second, frame others! This adds a lot more fun to the game. But be careful with this tactic, as it may add suspicion to you. Choose someone that others have not cleared as innocent yet, and try to do this a bit later in the game. If executed correctly, others most likely will see you as innocent. Third, HAVE CONFIDENCE! Project your voice loudly and control the flow of discussion. Believing in yourself has more impact on the game than you’d think.